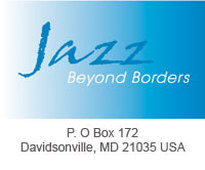 In late September, Brazilian saxophonist and composer Michel Nirenberg will tour Mid-Atlantic cities and towns, sharing the vibrant melodies and captivating rhythms of his homeland with fans of world music and jazz. The tour takes his quartet from the nation’s capital to Baltimore and Annapolis, Rock Hall and Easton on Maryland’s Eastern Shore, and concludes with an appearance in Fairfax, Virginia on November 12. The rising young star will revisit major jazz venues such as the historic Twins Jazz club in Washington, D.C. and An die Musik Live in Baltimore, where on past tours, he has played to sell-out crowds, earning standing ovations for his original tunes and masterful delivery.

Nirenberg’s 2015 album Retrato/Portrait was recorded on the Indy label, Carioca Music, and released in the U.S. where it soared on the CMJ radio charts, peaking at No. 6. Critics heaped praise on the recording. Dan Bilawsky of All About Jazz, writes, “In terms of style, substance, and execution, Nirenberg ranks high. This is some brilliant Brazilian jazz.” Raul da Gama of the Latin Jazz Network says, “His phrasing is sharp, making stabbing-like movements into the melody, drawing from it cadenzas that are altogether memorable.” Writing for Baltimore Jazz Alliance, Ken Avis says, "Michel Nirenberg set out on this debut recording to build bridges between Brazilian contemporary music and American jazz. Exquisite execution and virtuoso performances underpin a well-curated selection of music."

A native of Rio de Janeiro, Nirenberg earned a master’s degree in music performance/saxophone from James Madison University in Virginia in 2014. He remained in the States in the year after graduation, setting up house in Washington, D.C.’s Bloomingdale neighborhood, completing his first album and performing extensively in the region. Since then he has kept an active performing schedule in Brazil and has returned twice to the States as a Jazz Beyond Borders touring artist. In early 2017, he also toured Israel for the first time. (Visit http://www.jazzbeyondborders for more.)

On his debut recording, Nirenberg was joined by major names in American and Brazilian jazz including Rio-born bassist Leonardo Lucini, drummer Alejandro Lucini and guitarist Rogério Souza. Argentine guitarist Dani Cortaza and American pianist Alex Brown completed the roster of international players, and they are among the sidemen who will take the stage with the young star this autumn.

Nirenberg’s album and concert dates showcase a fascinating range of styles in contemporary and historically popular Brazilian instrumental music. Along with the familiar sounds of samba, listeners will hear the urban-born choro, forrò, baião, maracatu, and Ijexa. Being a history buff, Nirenberg will treat his American audience to fascinating tidbits about how these styles evolved.

Tour performances will include a number of tunes from his CD. “Desvairado,” by Anibal Augusto Sardinha (“Garôto”) reflects Nirenberg’s classical training. “Menina de Avental” is a traditional samba. Inspired by a beautiful woman in a charming apron (avental), the Nirenberg composition is reminiscent of “Manhã de Carnaval” (Black Orpheus) by Luis Bonfá. Written while he was in graduate school, his “Forro from the South” pays tribute to the state of Virginia. The title is meant to be humorous since forró is a popular dance style from the Northeast of Brazil. Hear the latter two tunes on YouTube:  https://www.youtube.com/watch?v=exfEtgRtw7M and
https://www.youtube.com/watch?v=tXEoNmMv-B4.

Concert and club audiences will also be treated to the artist’s recent compositions and arrangements. Written soon after the release of Retrato/Portrait, “Faith” mixes baião, partido alto and maracatu rhythms. It is dedicated to Rabbi Steven Suson of congregation Har Tzeon-Agudath Achim in Silver Spring, Maryland. Another recent composition, “Bahia dos Todo Os Santos,” is based on a traditional Capoeira chant. It is an Ijexá, a rhythm from the state of Bahia in the northeast of Brazil.  Bahia’s capital, Salvador, is built around Bahia dos Todos os Santos (All Saint’s Bay). Capoeira is the martial art used by Brazilian slaves in revolts against the well-armed Portuguese. (To hear the chant that inspired the composition, visit https://www.youtube.com/watch?v=bUYkpyEJVh0). Michel Nirenberg’s composition and other tour offerings reflect the fascinating history of Brazil and the rich mix of cultures that feed into its music. One could hardly find a more able ambassador.